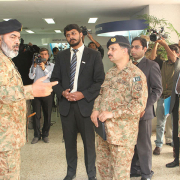 ISLAMABAD: Pakistan is manufacturing and selling weapons to over 40 countries, bringing in $20 million annually, the chairman of the Pakistan Ordnance Factories (POF) said Thursday.

“POF was [previously] fulfilling the requirements of [Pakistan] army only but now security needs of other civil forces and law-enforcement agencies are also being met,” Chairman Lt. Gen. Muhammad Ahsan Mehmood told media at Pakistan Ordinance Factories in Wah.

Mehmood said Pakistan is also producing new sniper rifles to meet the demands of military and law enforcement agencies, and that new developments and products were expected to be unveiled at the 2014 IDEAS exhibition in Karachi.

He said that modern weapons produced by POF have made it possible to target terrorists taking refuge in caves and buildings. The POF is also manufacturing mortar bombs, small arms, artillery ammunition, tank- and anti tank ammunition and other defence weaponry, he added.

Pakistan is the world’s third largest weapons importer, trailing behind neighbouring India and China, according to the Stockholm International Peace Research Institute (SIPRI).

But at a guided tour of the tank-rebuilding factory at the Heavy Industries Taxila, Brigadier Sanaullah told journalists that Pakistan is planning to rid itself of foreign dependence in the defence industry.

Brig. Sanaullah said that at the end of 2015 the new Al-Khalid-1 tank was expected to be rolled out — a much superior tank compared to Al-Khalid, the main battle tank produced by the HIT. 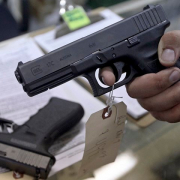 Instead of making the country safer, the restriction is driving gun-owners towards illegal alternatives

LAHORE:When it comes to gun-crazy nations, Pakistan may not be on the same level as the United States but it is not that far behind either.

The Small Arms Survey estimated there to be nearly 44 million civilian-held firearms in Pakistan in 2017 or roughly 22 guns for every 100 citizens. Compared to the rest of the world, it ranked the country at number four in terms of total civilian-owned guns and number 20 when comparing that number against its population.

Given these figures, many may have breathed a sigh of relief when the federal government restricted the import of firearms four-years ago. However, far from making the country any safer, the ban has led to a staggering rise in the sale of smuggled weapons, many of which use prohibited bores and modes of operation. 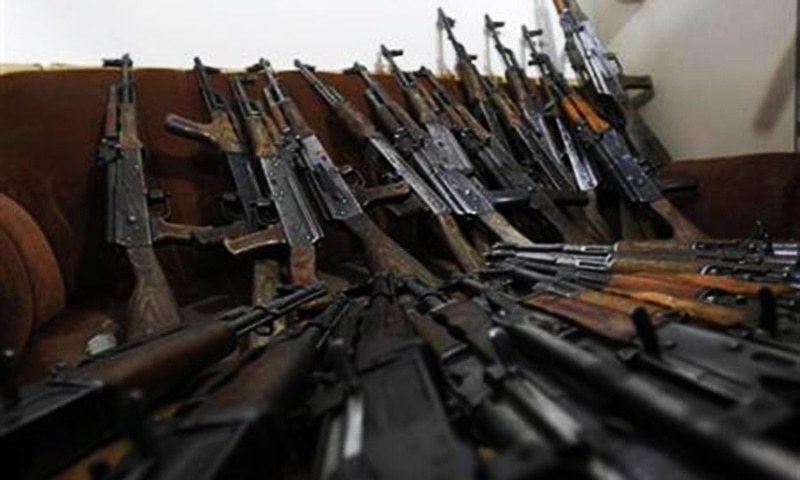 An industry worth billions

Speaking to The Express Tribune, sources in the interior ministry and the All Pakistan Arms and Ammunition Dealers Association (APAADA) estimated that illegal arms worth between Rs3 billion and Rs4 billion have been smuggled into the country every year since the ban has been in effect.

“For both hunting and self-defence, Pakistani gun-owners have generally preferred foreign-made firearms over those built locally,” an APAADA member said on condition of anonymity. “This was true before the ban took effect and before the war on terror disrupted the local firearms industry in Khyber-Pakthunkhwa.”

According to him, a number of factors have contributed to the rise in smuggling of firearms. “There are, of course, quality issues with many locally-manufactured firearms. Some of these issues were a constant feature, but others have been caused by more recent problems the industry has run into.”

The APAADA member said that local manufacturers no longer have access to high-standard raw materials they once used. “They have also run into financial problems due to diminishing sales and the ban on issuance of new weapons licenses.”

However, the ban on new weapons licenses has not only made life difficult for firearms and ammunitions vendors. The APAADA member pointed out that it was also driving up demand for smuggled weaponry. “Because it is impossible for would be gun owners to purchase a firearm legally, it makes them more amenable to purchase an illegal one.”

He added that many existing owners have also resorted to purchasing illegal arms due to the ban on new licenses. “They buy a smuggled weapon, remove original manufacturer and batch number information from it and replace it with credentials mentioned on their existing licenses.”

According to Punjab home department officials, they and the National Database and Registration Authority recently unearthed a ring comprising members of their own staff which had issued more than 4,000 fake licenses and permits. 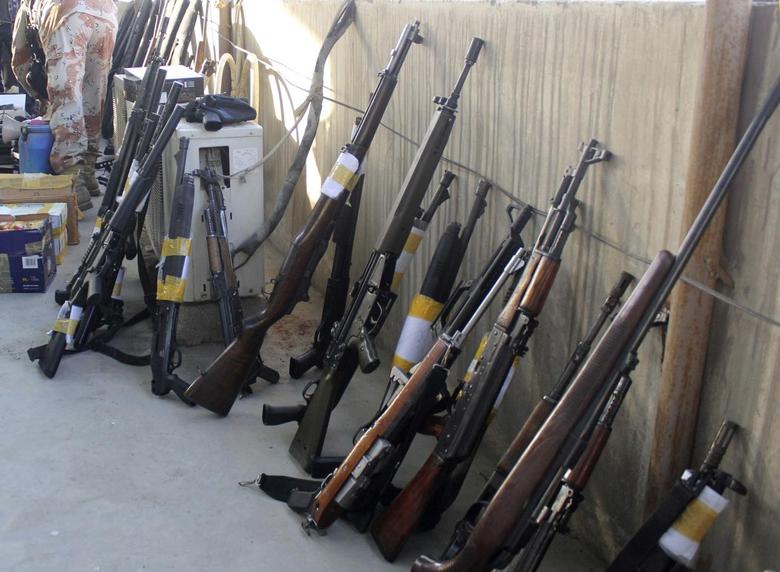 The tiff behind the ban

Before the ban was imposed in 2015, Pakistan annual weapons imports exceed Rs5 billion. According to an interior ministry official, the imports were allowing the government to draw in significant exchequer through the significant taxes and duties imposed on firearms.

But while there have been plans to remove the ban on imports a few times in the past, it has largely remained in effect all these years due to a tussle between the ministries of interior and commerce, the official told The Express Tribune.

“Before the Pakistan Tehreek-e-Insaf government came into power, the interior ministry tried to introduce a new statutory regulatory order (SRO) that would allow weapons imports to resume,” he said. “Before it could be implemented, the ministry held a meeting attended by the chief secretaries of all four provinces as well as representatives from the commerce ministry. It was the latter who objected to the interior ministry’s role in such a step and led to the move being scuttled indefinitely.”

Arms and ammunitions dealers have also accused an additional secretary of Punjab of creating unnecessary hindrances as well. 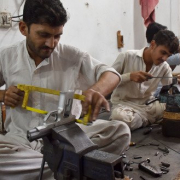 Khyber Pakhtunkhwa, especially in Dara Adamkhel and Peshawar, has a centuries-old history of manufacturing small arms.

PESHAWAR — Pakistani authorities are promoting the country’s rich heritage of manufacturing hunting and sporting arms, as they consider tightening regulations and expanding to international markets.

One way to both expand and regulate the industry is by grouping gunsmiths into small clusters, which the Pakistan Hunting and Sporting Arms Development Co. (PHSADC), headquartered in Islamabad, is seeking to achieve.

The purpose of PHSADC is to develop and promote hunting and sporting arms and accessories in Pakistan to encourage competitiveness and improve the quality of locally made products so they can meet international standards, said PHSADC chairman Zahidullah Shinwari.

“There is great potential for rapidly growing the legitimate trade of hunting and sporting arms in the world market,” he told Pakistan Forward.

“Because of PHSADC’s intervention to improve the quality of locally produced arms, manufacturers have started receiving export orders from international buyers,” Shinwari said.

Products made in Pakistan have achieved US certification, enabling their export to the United States, he noted.

The cluster model envisioned by PHSADC to regulate and expand the arms industry is paying off, according to officials.

“In Dara Adamkhel, 80% of the population works in gun manufacturing,” he added.

The hunting and sporting weapons produced in these clusters include pistols, 12-gauge shotguns, pump-action shotguns, rifles and vintage weapons, he said.

PHSADC is also working with the Federally Administered Tribal Areas (FATA) Development Authority to establish a special industrial estate to bring all gunsmiths into one area and better regulate the trade, Khan said.

Although the erstwhile FATA is now part of KP, the FATA Development Authority has kept its name.

The industrial estate, set up in the Rahim Abad area on the outskirts of Peshawar, will be completed in 2020, said Khan.

“Guns from local factories are in high demand in various countries, but due to a lack of clear policy, gun dealers are facing difficulties,” said Hamid Khan, owner of a gun factory in Peshawar.

“Pakistan spends a huge amount to import small arms every year, and we ask the government to opt for locally manufactured arms, which are inexpensive,” he told Pakistan Forward.

Investing in locally made arms will not only support those manufacturers but will help reduce arms smuggling, he added.